Welcome to Day 7  of the blog tour to kick-off the release of my new book A New Spin on Drunkard’s Path that was recently published by C&T Publishing. 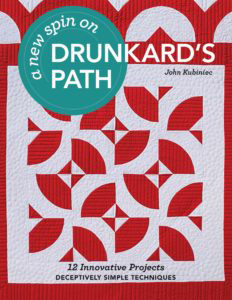 So how does this work?  Between September 26, 2016 and October 7, 2016 there will be one-two blog posts each day. Visit each blog, leave a comment on the blog and you will have a chance to win a copy of the book (for USA winners it will be a hard copy of the book – for international winners it will be an electronic copy) AND a set of Marti Michell Drunkard’s Path templates that are used in the book! 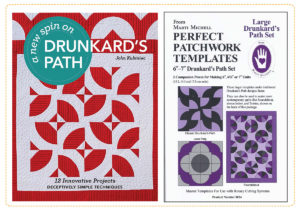 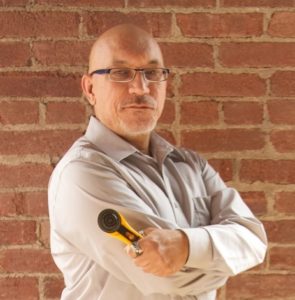 Carl Hentsch grew up on the east coast of Florida. He learned to embroider from his mother when he was 10 and by the age of 12 he was designing dresses for his two-year old niece, and helping his mother make them. He also learned knitting from his aunt.

In 1999, Carl started quilting. He learned by watching Eleanor Burns, Alex Anderson, and Fons and Porter on TV. After a two-year lull, Carl moved to the Kansas City area and picked up his quilting in 2006. He has had original designs displayed in AQS shows in Knoxville and Des Moines, as well as a traveling quilt with the 2010 Hoffman Challenge. Carl teaches quilting at local quilt shops and has self-published two patterns, Leap Frog and Evergreen. He also had a pattern featured in Issue 10 of The Fat Quarterly.

He has degrees in biology, chemistry, accounting, and linguistics. He has traveled the US extensively and also the Orient. To support his quilting habit, he has a day job marketing computer software.

Make sure to visit the earlier blog posters and YES – you can still enter to win on their blog!

Here are some of the topics I write about

Search my site for something you might be looking for

A new spin on Drunkard's Path

Think you’ve seen all you can make with the Drunkard’s Path block? Think again! Open your eyes to a new take on curved piecing with quilting teacher John Kubiniec.

There are no upcoming events.

Traditional Quilting with a Modern Flair! . . . . . Check the Calendar page for workshops and classes taught by John Kubiniec. . . . . . Dismiss